When I was in my final semester of culinary classes, one of my instructors impressed upon us how important it is to always continue learning, because learning = growth, and I’ve been told on numerous occasions that I should grow up!  Hmm… probably not the kind of maturity my instructor had in mind, but still…. growth & maturity are great things. Great things like a baked Alaska recipe!

I love challenging myself to “color outside of the lines” and the kitchen is a great place for me to do that!  After all, where else can you screw up and then scarf down the mistakes (or shove them down the garbage disposal with a gas mask on) before anyone catches on?  Not that I have experience with that or anything.  Just sayin’… 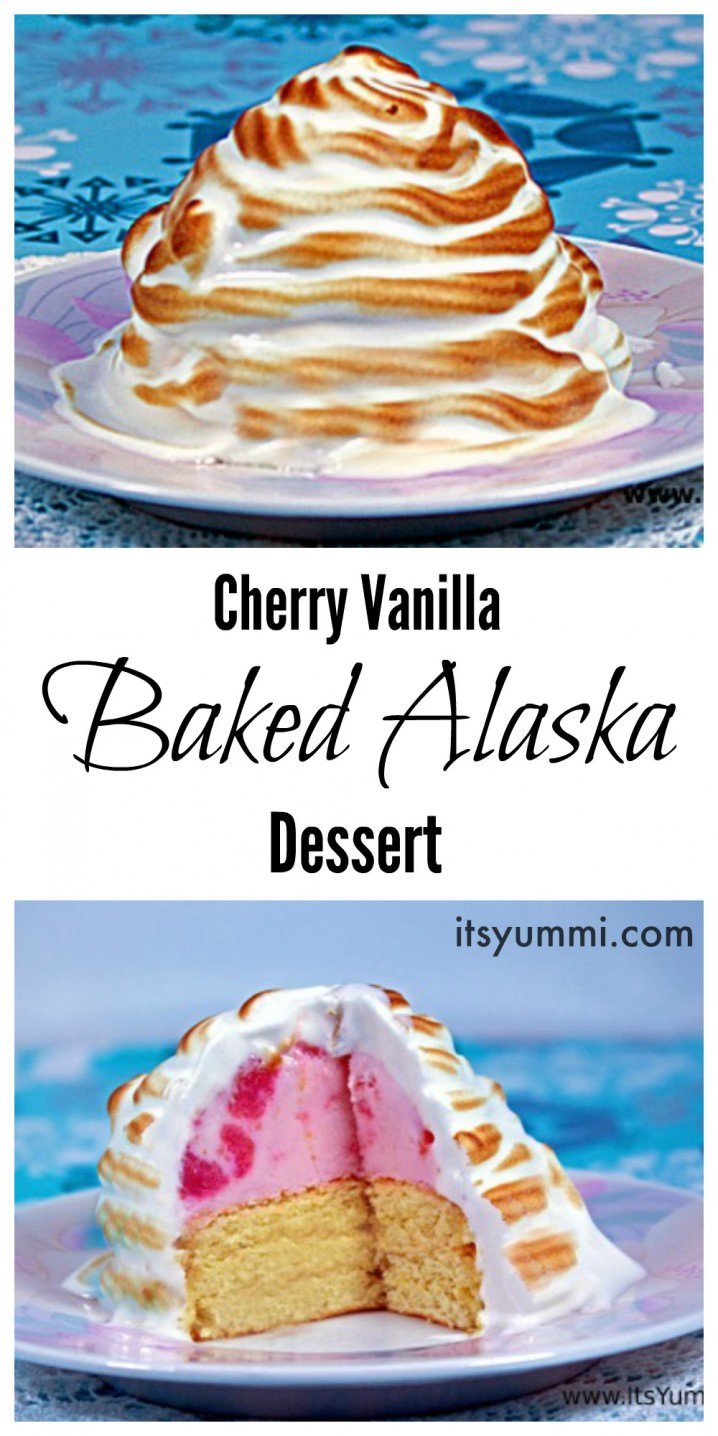 So in my efforts to push myself and grow, I’ve created a culinary bucket list of dishes that I want to make before I die. 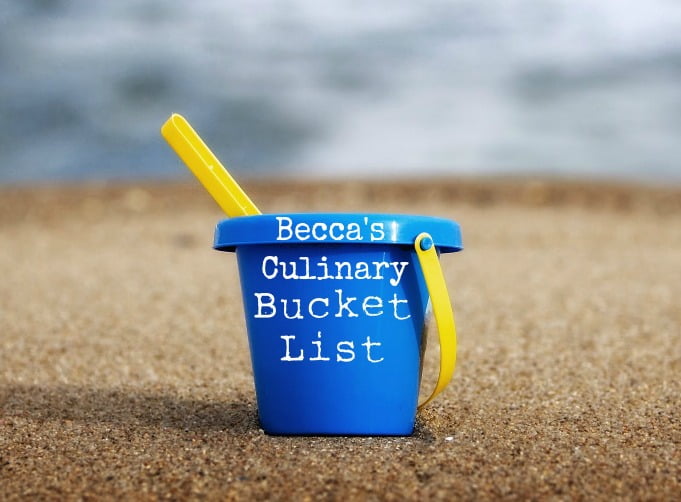 A couple of the items on my list have already been crossed off because I’ve been out of school for over a year and my health was so bad there for a while, I wanted to make sure that I knocked at least one item off of my list before God called me home! Pretty somber and depressing knowing that you died with a culinary degree in your right hand and no great dishes in your left to show for it. So without further yapping, (and in no particular order), here’s my list:

I’m sure that my list will be ever changing, but that’s where it’s at for now.  As you can see, a baked Alaska recipe was right smack in the middle, calling my name.  When the holidays roll around, I always think about what a gorgeous presentation this would make.  In addition to the WOW visual factor, the inside is delightfully filled with sponge cake and ice cream, usually in a vibrant color for full effect.  Although any variety of cake can be used, the sponge cake is the traditional route, as it’s a bit firmer and holds up better to being topped with ice cream and all of that lovely Italian meringue on the top.

I’m not entirely sure what intimidated me about making this dessert, because it really was much easier than I initially thought.  The toughest part of the challenge for me was the Italian meringue.  I had only made it once before this, and technically I didn’t make it, I watched it being made by a classmate in culinary school.  I didn’t have a chance to drop my head into the mixing bowl to see just how glossy the egg whites should have been before adding the sugar, and had I dipped a finger or two into the bowl as my instructor was glancing in the opposite direction, I probably would’ve had a better idea of what the consistency should have been like.  I’m impatient and my meringue is the proof of that.  I didn’t wait long enough for the egg whites to whip up, so my meringue was pretty soft.  It piped out way too runny, but fortunately, it tasted phenomenal!  It was almost like marshmallow fluff without the stickiness.  I kinda wanted to drop everything I was doing right there and cover myself in it.  Thank goodness I changed my mind, cuz those photos would’ve been really great at making you lose your appetite.

I made the vanilla sponge cake using a recipe from my baking class textbook, “On Baking” 4th ed. (Pearson/Prentiss Hall)…tried and true methods are usually best when you’re making something for the first time.  I ALMOST went with chocolate sponge cake, and in retrospect, I should have.  The black with white meringue would have REALLY given me a WOW factor, especially since I used Ben & Jerry’s Red Velvet ice cream!  Oh yeah… I totally went there, and it was beyond yummi!  Take a peek at this beautiful creation. 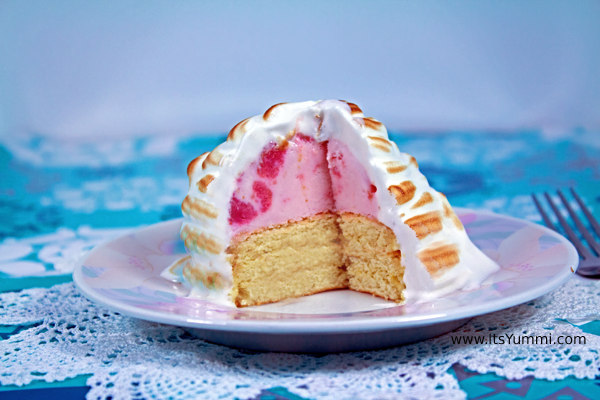 So now that I’ve knocked this gorgeous baked Alaska recipe off of my bucket list, which recipe should I tackle next?

How about YOU?  Do YOU have a culinary bucket list?  Tell me all about it! 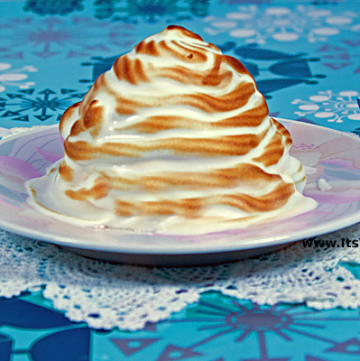 Learn how to bring on the wow factor at your next party by making this classic frozen dessert. Sponge cake is topped with ice cream, then encapsulated in a blanket of fluffy Italian meringue that's a beautiful baked dream on the outside and creamy cold ice cream on the inside!
5 from 2 votes
Print Pin Rate
Course: Dessert
Cuisine: American
Prep Time: 40 minutes
Cook Time: 8 minutes
Total Time: 48 minutes
Servings: 6
Calories: 505

FOR THE VANILLA SPONGE CAKE

FOR THE ITALIAN MERINGUE

Notes
** If there's any grease or food residue in the bowl or on the beaters that you'll be using to whip your egg whites, the egg whites won't whip properly. Use white vinegar to clean the beaters and inside of bowl before using, if necessary.