Cinnamon, deep and earthy, paired with moist pecan coffee cake makes these cinnamon streusel coffee cupcakes one of the highlights of your weekend brunch! 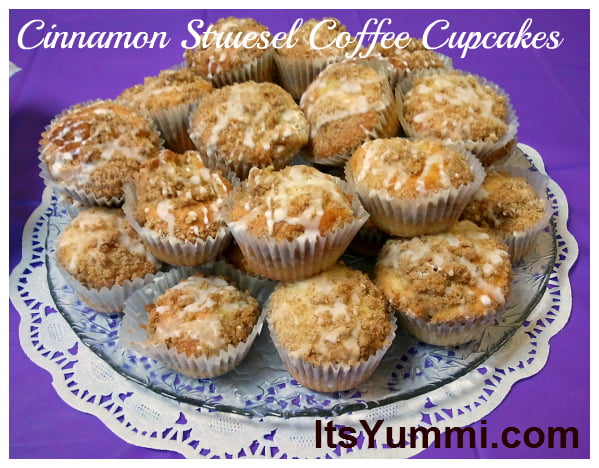 Really great cinnamon makes a magical difference in your baking.
One of the great pieces of wisdom that I was given in culinary school was shelled out by my instructor, Chef Jenn. She said, “If you put a lot of time, effort, and love into your baking, don’t scrimp on the ingredients. The first taste should be the memorable experience that keeps everyone coming back for more! Buy the best quality butter, cinnamon, and chocolate that your budget allows for.”

She was right, too. Until I did a side by side taste test comparison of several different types of ground cinnamon, I never realized how much taste difference exists between them. Some are smooth, some are spicy, and truth be told, others are downright disgusting. They don’t taste at all like cinnamon should taste. The less expensive brands have a horrible chemical aftertaste to them.

A good cinnamon should taste sort of spicy-sweet, and it should have a smooth after taste. There should be no chemical taste. Look for a very fine grind with a woodsy or floral tone.

I use Ceylon cinnamon (also known as Mexican cinnamon) because it’s sweeter and has a lower Coumarin content. Studies have shown that high levels of Coumarin can cause liver damage (source).

Some of my favorite ways to use cinnamon are stirred into my coffee, and sprinkled over apples, like in my recipe for Apple Pie Ice Cream Bowls! 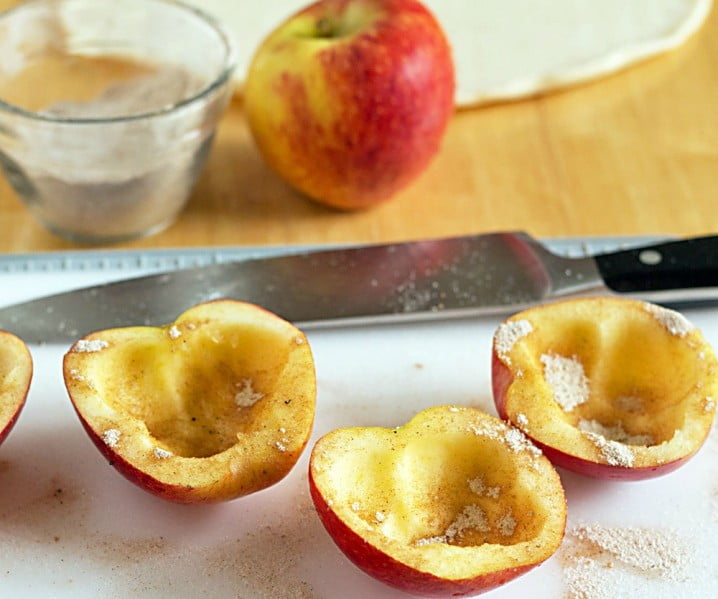 Another great use for cinnamon is sprinkled over popcorn. Mmm, Cinnamon Kettle Corn! 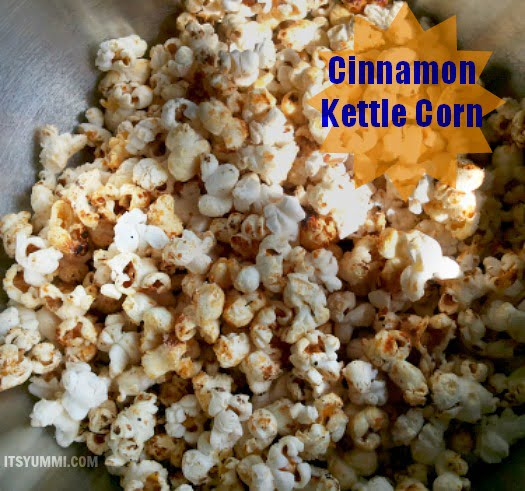 And to give a nice depth of flavor to my chocolate chip cookies, I always add about 1/2 teaspoon of ground cinnamon.

I don’t call these Boo’s Best Chocolate Chip Cookies for no reason! 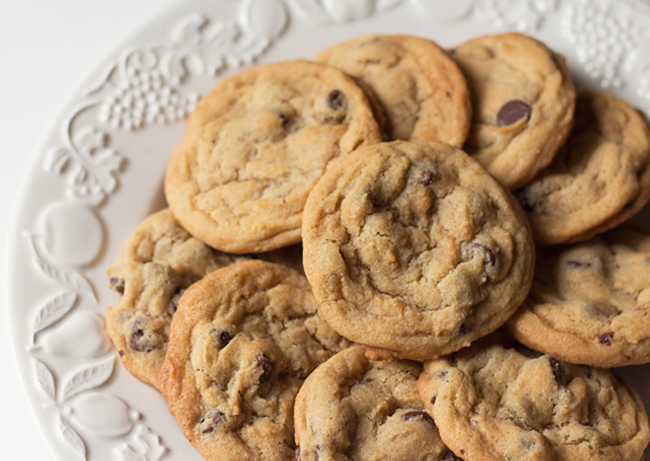 This recipe for cinnamon streusel coffee cupcakes is just one more awesome way to use cinnamon. 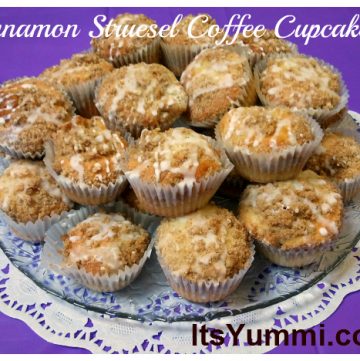 For the streusel topping and center 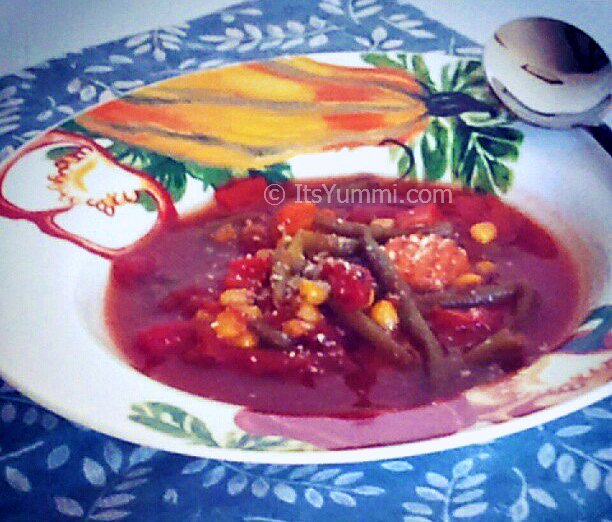 Tomato vegetable soup is the perfect soup recipe to use leftovers in your fridge! The fire roasted tomato soup recipe is vegetarian, gluten free, and has NO Weight Watchers Freestyle points. You read that correctly – this is a ZERO Weight Watchers points soup recipe! I cleaned out my fridge today. I highly recommend it, especially if… 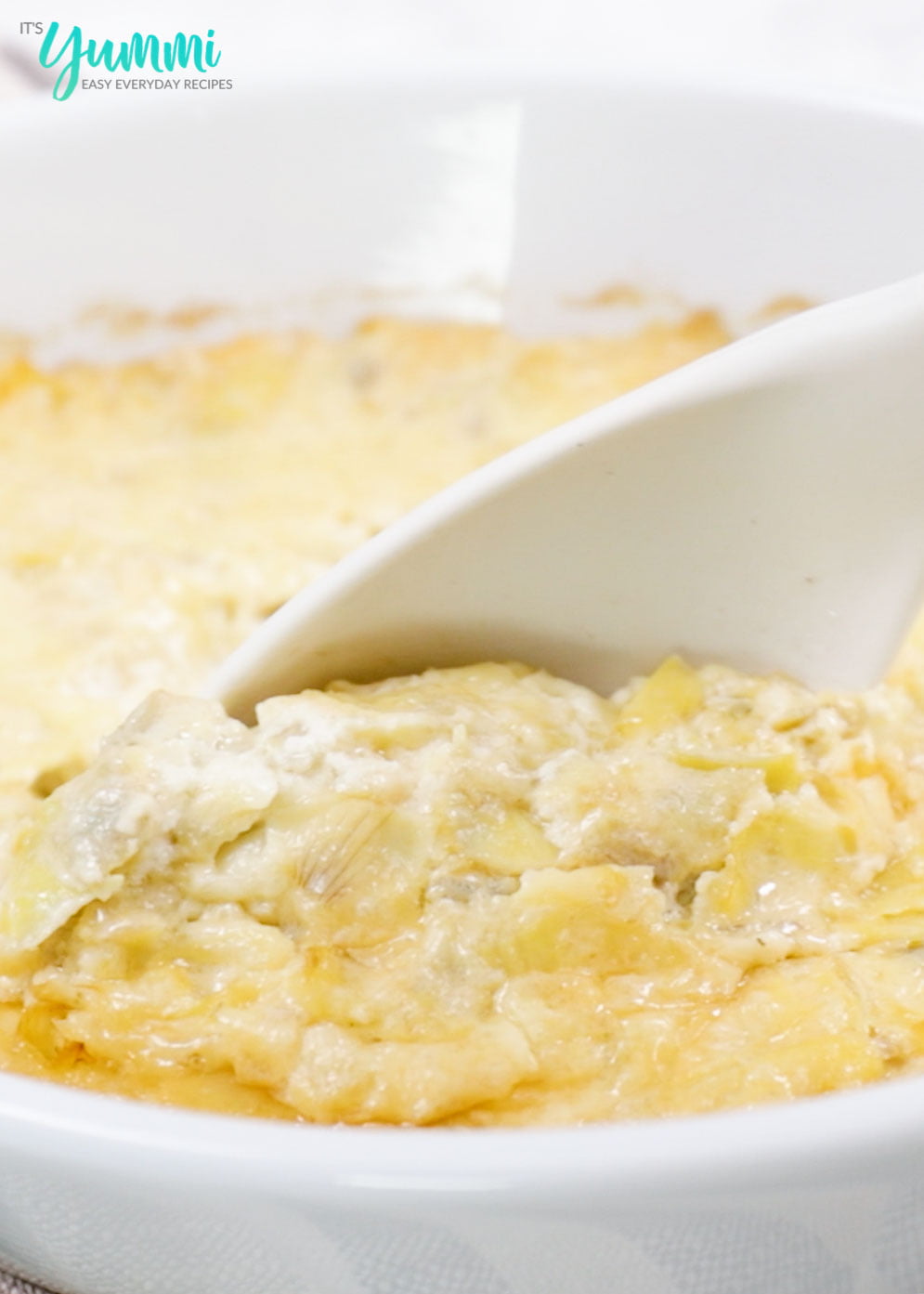 Hot Artichoke Dip will be the super hero at your next get together. Homemade dip-able bliss is easy and full of flavor. Hot Artichoke Dip is one of our favorite go-to dips for game day, holidays and so much more. It’s rich and savory, bringing a comfort food feeling. This appetizer will please. Hot Artichoke… 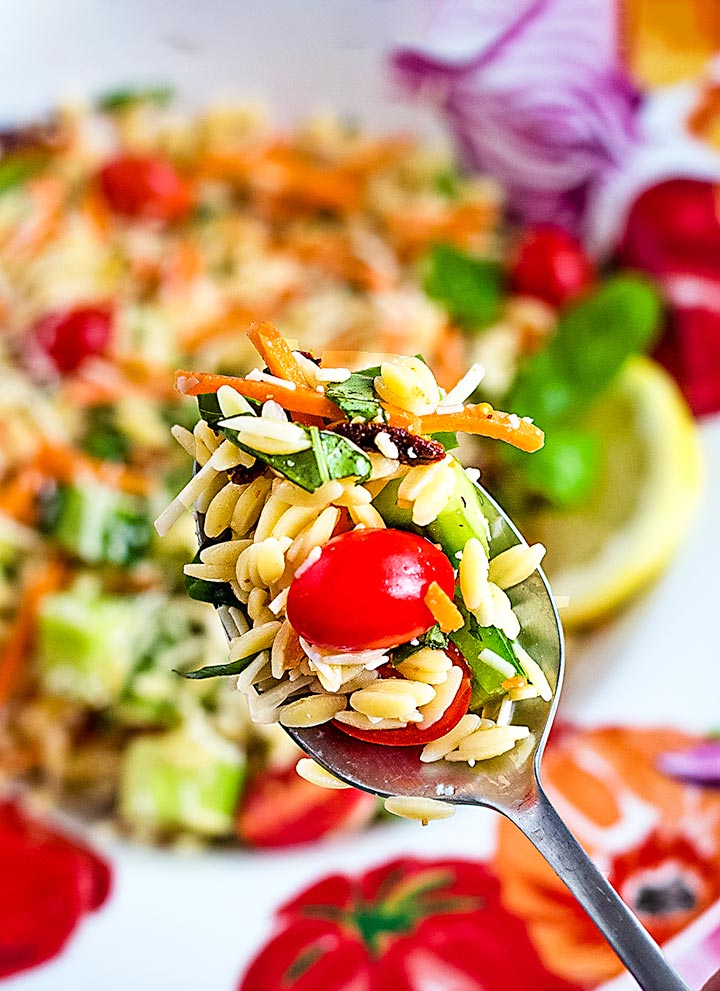 This orzo salad has bright, flavorful, and healthy summer vegetables tossed in a tangy tomato and basil vinaigrette dressing. It’s an easy pasta salad recipe without mayo, so it’s perfect for an outdoor picnic, potluck dinner, or summer holiday party! In addition to my recipe, scroll to the bottom of this post to get 15… 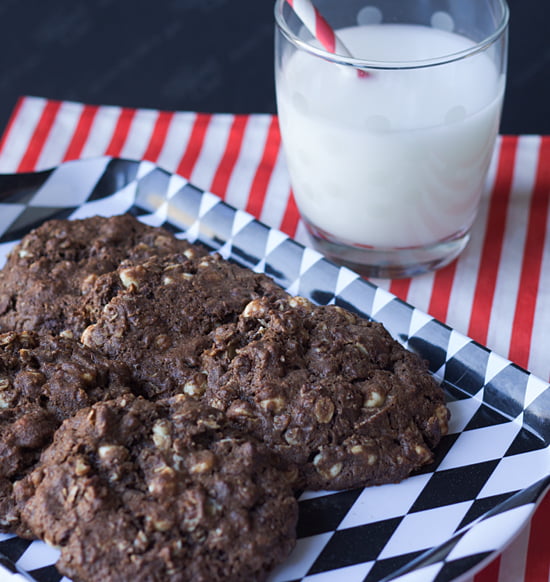 Double chocolate peanut butter oatmeal cookies are a lightened up, delicious, healthier treat. Take a basic oatmeal cookie, but substitute a healthier low carb baking mix for the white flour. Add sugar free chocolate, some peanut butter, and low glycemic sugar substitutes. The sugar is missing from these cookies, but the flavor sure isn’t! LIFE LESSON: Never ever expect the… 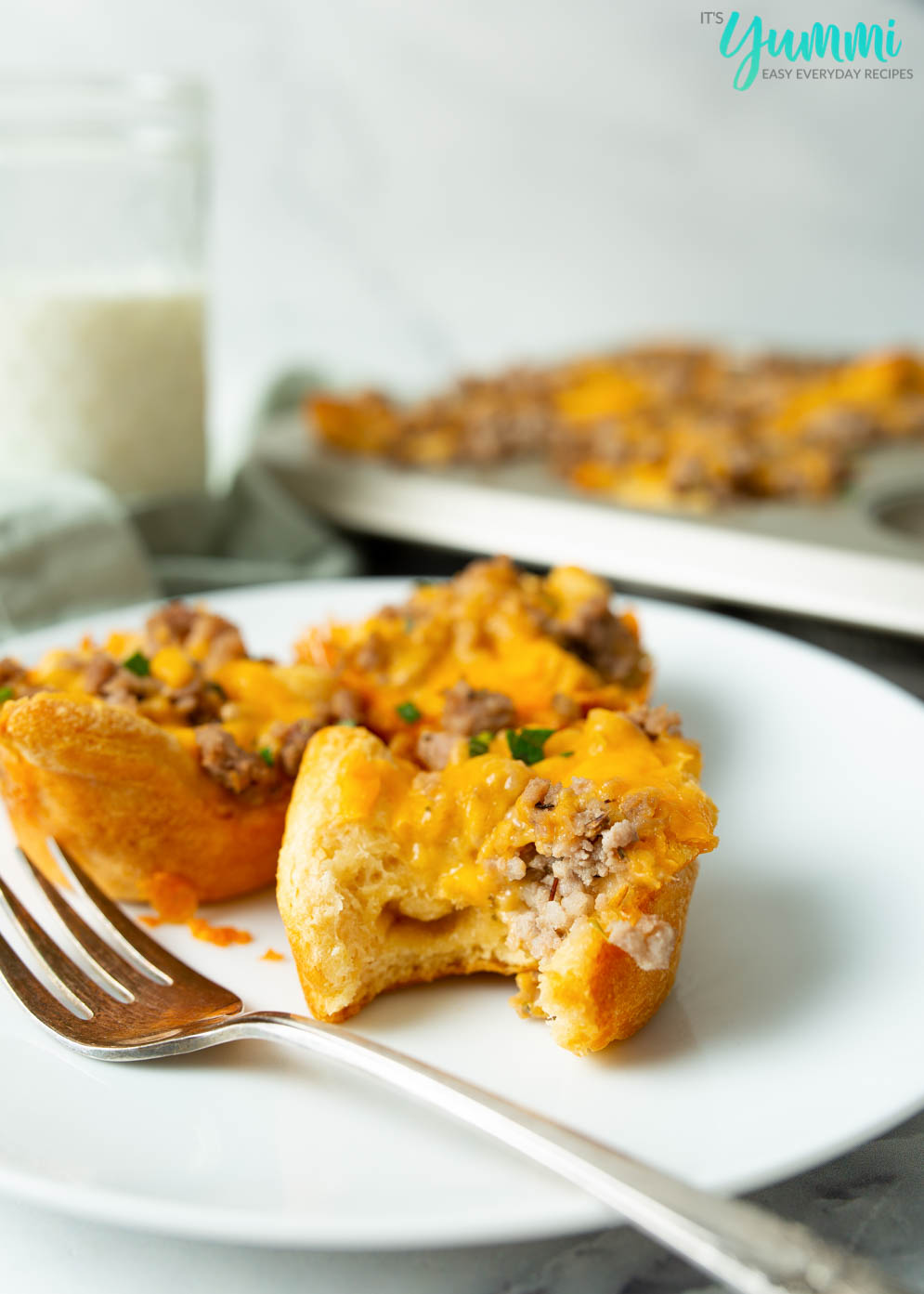 Cheesy sausage biscuits are a grab ‘n go favorite when you need breakfast in a hurry. Tender, fluffy biscuits are topped with breakfast sausage and lots of shredded cheese. Slice ’em and fill with scrambled eggs for a great breakfast sandwich, too. They look yummi, am I right?!  That is because they are. ???? They’ve got… 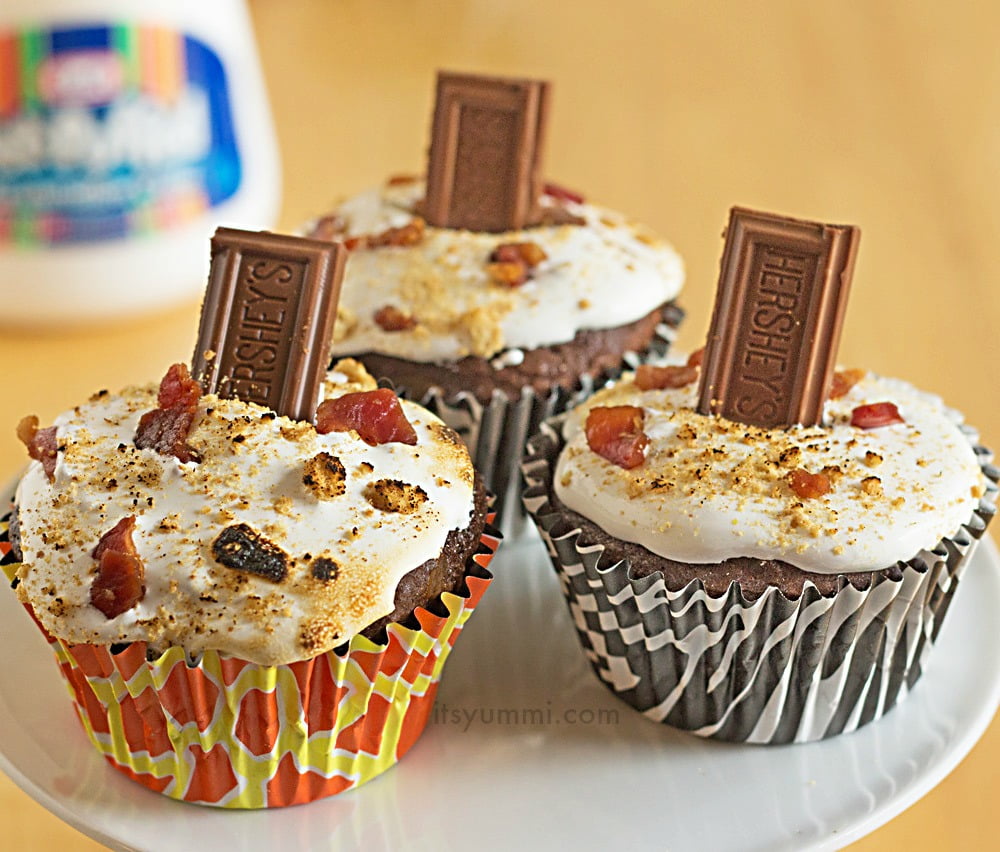 Caffeine spiked s’mores cupcakes are the most amazing s’mores treat ever! Chocolate cupcakes are spiked with coffee, bacon, and topped with toasted marshmallow creme. For a little extra kick, there are graham cracker crumbs, plus more bacon and chocolate on top. This awesome jolt of caffeine and sugar is sure to have you squealing “wheee wheee wheee” all the…