This delicious post is possible thanks in part to the generosity of OXO and Melissa’s Produce, who each sent me products of theirs to try at no charge. I wasn’t compensated in any other way for this post, and all thoughts in this post are my own.

Of all the local produce available to me here in northeastern Wisconsin in the summer time, cucumbers and bell peppers are my top two favorites. They’re both low fat, low calorie, incredibly versatile, and crazy delicious veggies.  My problem with them though is that they don’t last more than about four days in my fridge before they start to rot. It honestly drives me bonkers, especially since my grocery budget is pretty tight.

Last summer, I went to the farmer’s market on a Saturday and I bought 4 organic cucumbers. I put them into the crisper drawer of my fridge as soon as I got home, planning to make my chilled cucumber soup recipe with them just six days later. Little did I know that when I opened that crisper drawer, I’d be glaring down at gooey liquid oozing out of my cucumbers. So completely gross!

I learned many months later why produce doesn’t last very long in my refrigerator.  These reasons may surprise you…
FOOD FACTS – What Causes Produce to Rot?

Thanks to OXO’s new GreenSaver™  produce keeper, the shelf life of our produce has been extended tremendously. I kid you not, the cucumbers that Melissa’s Produce sent to me for this cucumber salad recipe have stayed crisp and fresh since they were delivered to my house on May 19th. On May 29th (the day this post went live), they were still going strong! I asked for the 4.3 quart size, but now I’m really wanting to get the larger 5 quart size to keep lettuce in. The smallest one is 1.6 quarts which would be perfect for a little dorm fridge. 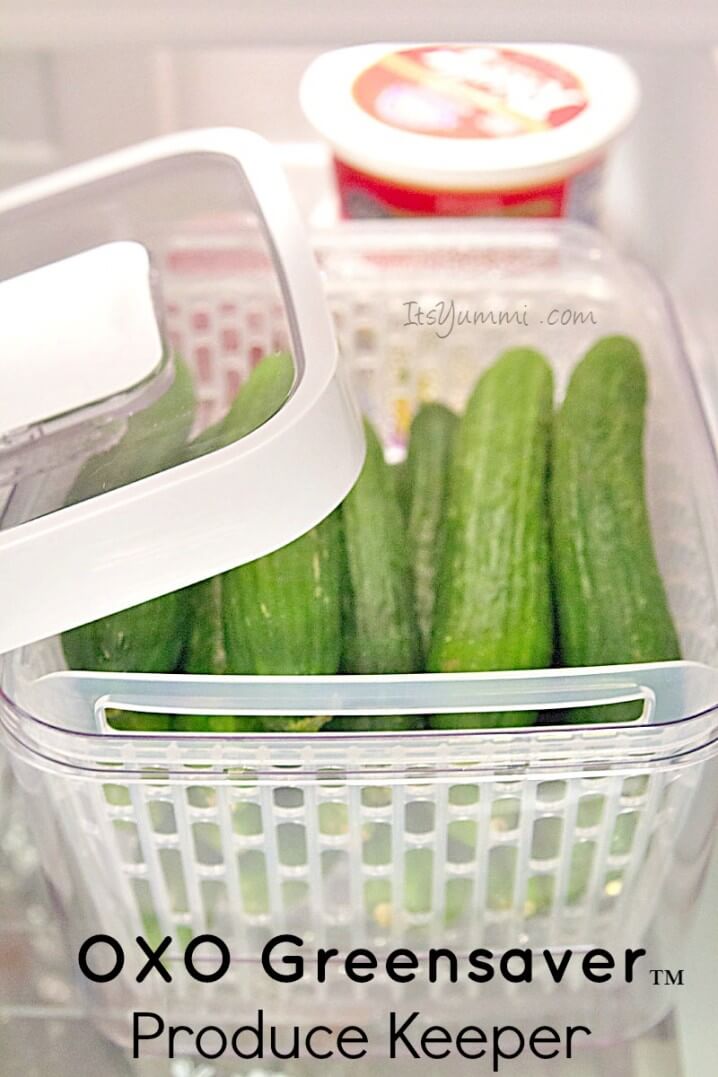 How does it work?

One way to combat the effects of ethylene gas is with carbon. The OXO Greensaver™ has a replaceable carbon filter on the inside of the lid. The carbon filter is good for about 90 days, so I plan to change my filter when I change out the box of baking soda in the back of my fridge.

There’s also a sliding vent on the lid that can be opened or closed to regulate the humidity inside. OXO even has produce venting guidelines to help you know whether to open or close the vent. So helpful!

The last part of the puzzle is keeping the produce away from the walls of the produce keeper. That’s handled with a raised, removable basket that allows the air to circulate around the produce.

Obviously, using this OXO system for storing my produce will help me waste less, which of course will save me more money. It’s a win-win. 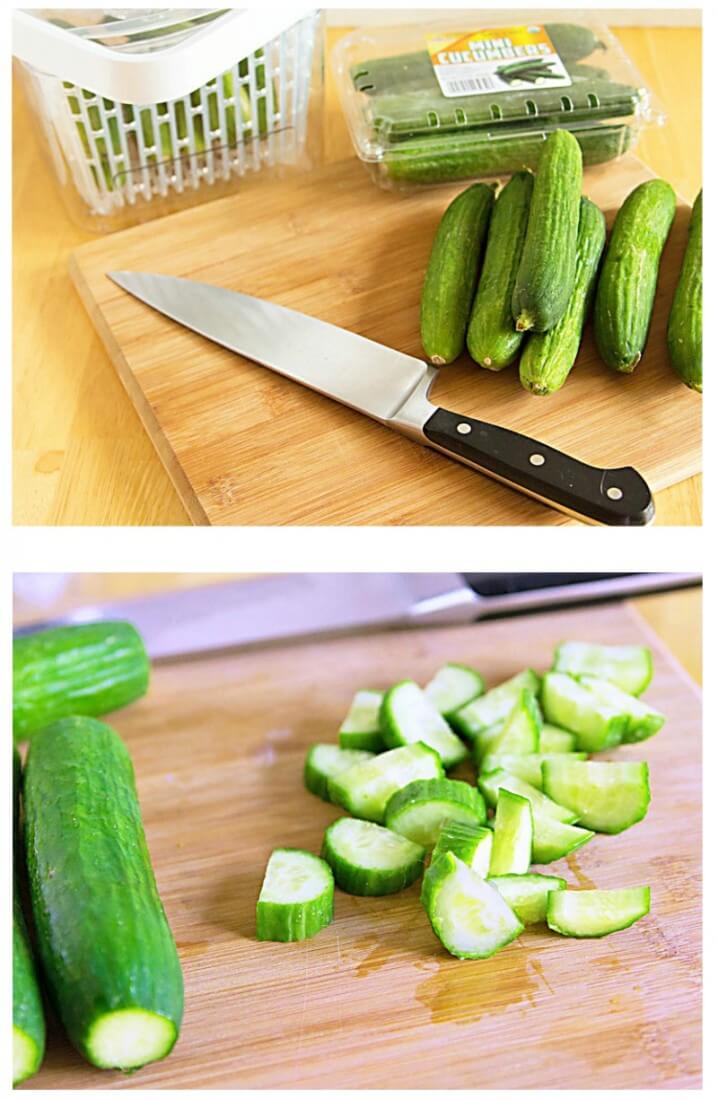 Now then… I think it’s time for you to make up a batch of this crisp, cool, crazy delicious… 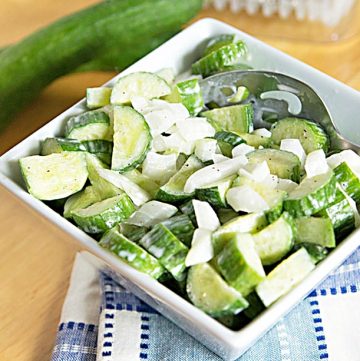 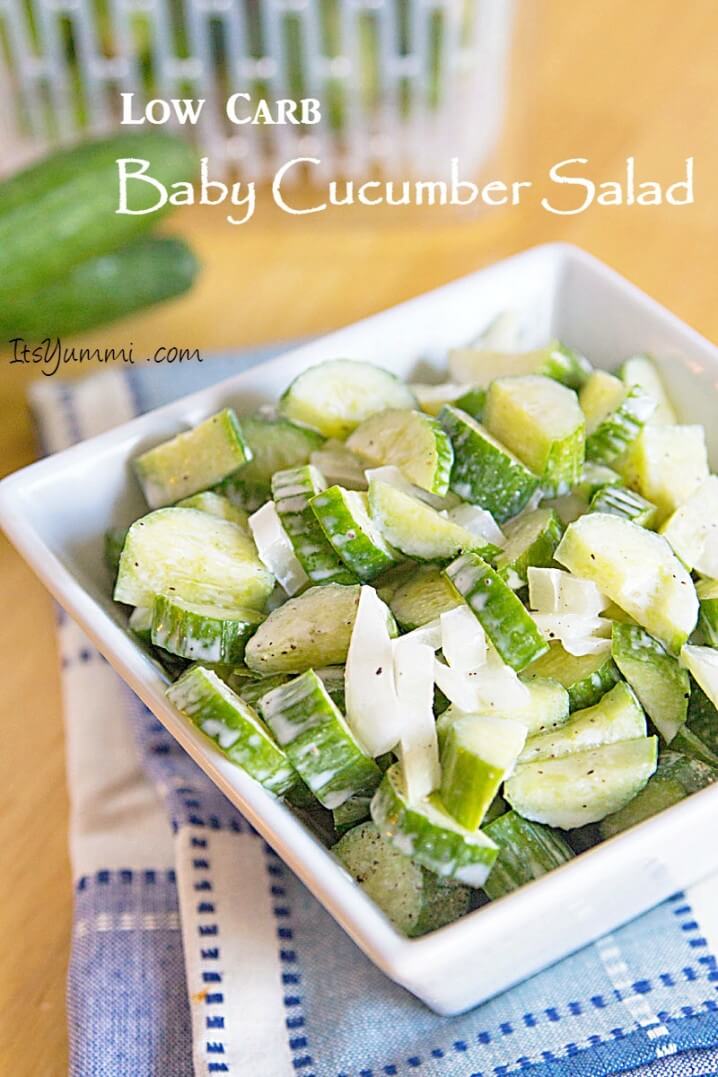