Zebra cake is a moist chocolate and vanilla swirled cake that forms a zebra stripe effect when it’s baked! Topped with clementine frosting, it’s a delicious chocolate orange dessert that is perfect for any occasion.

The day has finally arrived.  You know, the day I’ve been standing on a mountaintop shouting about for the last few days. MY BIRTHDAY!  Apparently, some of you think I’m undeserving and annoying, because I even received hate mail from a couple of people, telling me to stop being the most selfish person on the planet and to stop begging for gifts.  Very weird, since I did neither of those things, but hey… with fame comes Becca haters.  I guess it’s part of the world of a blogger.  Que sera sera.  You don’t have to indulge in my birthday festivities if you don’t want to. 🙂

Brian and I have both been sick with nasty head and chest colds for the past several days, but he’s had a much worse case of the yuks than I have.  Nevertheless, I’ve had visions of my birthday cake stuck in my head for 2 weeks, and I was determined to get it baked.  I’m sure it will surprise quite a few of you faithful readers to learn that my cake contains NO Nutella and NO bacon.  Stepping outside the box is a 2012 resolution, so I pressed on without them.

AWFUL PHOTO DISCLAIMER:  My photos are never National Geographic quality, but in this case, my photos were taken as the sun was going down, and with my standard point and shoot camera, so this photo is probably worthy of appearing on Cake Wrecks. My apologies.  ONE of these days I’ll be able to afford a DSLR camera and/or a light box.  I pinkie promise that my pics will get better with time.

Inspiration for my birthday cake came from a recipe I found on Baking Bites, and the frosting is an adaptation of the orange buttercream recipe I found on the Wilton site.  I knew my cake had to include chocolate, and I love the combination of chocolate and orange, so this really seemed like the perfect pairing for my zebra cake.

I don’t like to use excessive amounts of food coloring, so I added freshly squeezed orange juice and orange peel to give the frosting a nice natural light orange color, and I added 2 packets of True Citrus Orange to give the cake an added boost of flavor.  The Wilton recipe calls for orange oil, but to be honest, it’s VERY expensive and I just couldn’t afford to splurge on a bottle.  Besides, the True Orange is made from real oranges, so I was confident that the flavor would be fresh and wonderful.  The end result was an icing that looked and tasted exactly like a Creamsicle…. YUM! 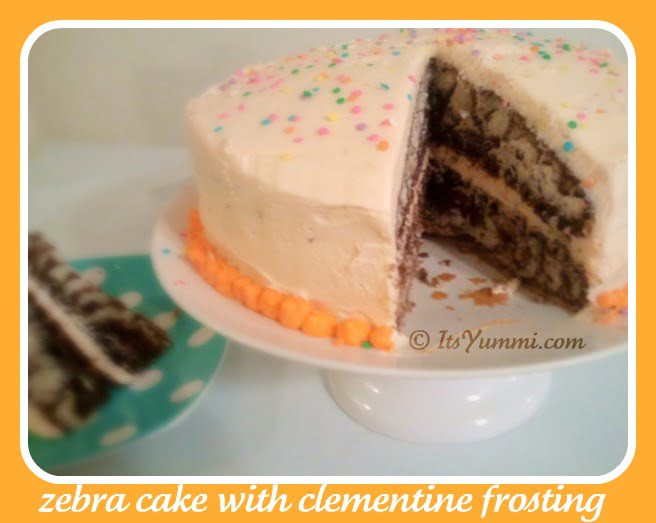 If you take a look at most of the zebra cake recipes out there, you’ll find that they’re usually only a single layer.  I realize now why that is.  I made 2 pans of the cake and layered them because frosting is my friend, but lo and behold, it completely ruined the zebra stripe effect.  Oh well… I still think it’s a stinkin’ adorable and very yummi cake!

How to Make Zebra Cake 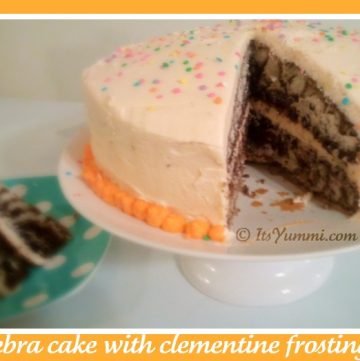 This whimsical cake brings together the flavors of chocolate and orange in a way that is sure to tantalize your taste buds!
No ratings yet
Print Recipe Pin Recipe
Prep Time 25 mins
Cook Time 40 mins
Total Time 1 hr 5 mins
Course Dessert
Cuisine American
Servings 16
Calories 409 kcal 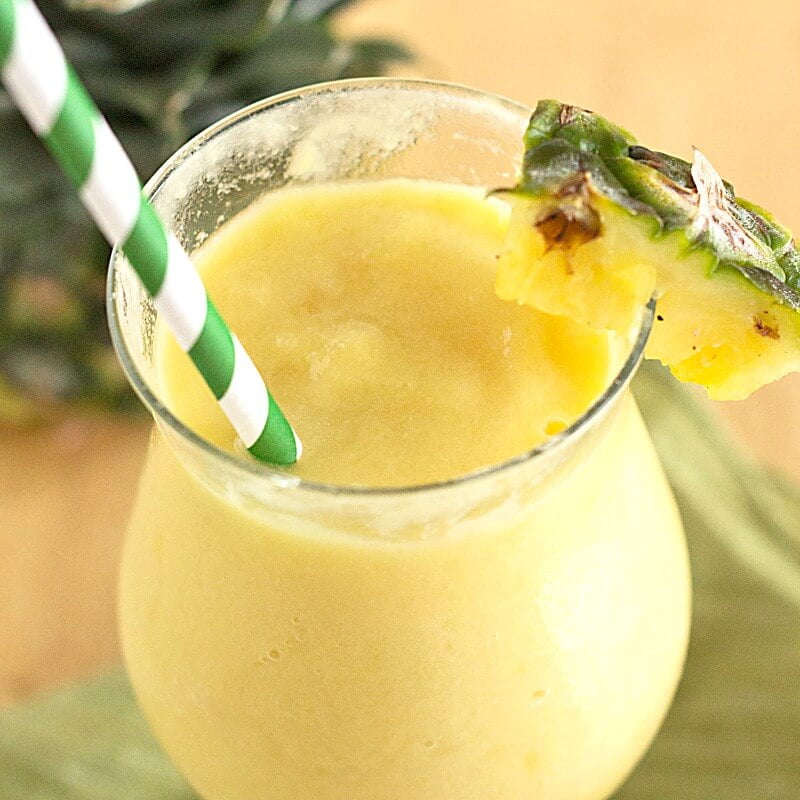 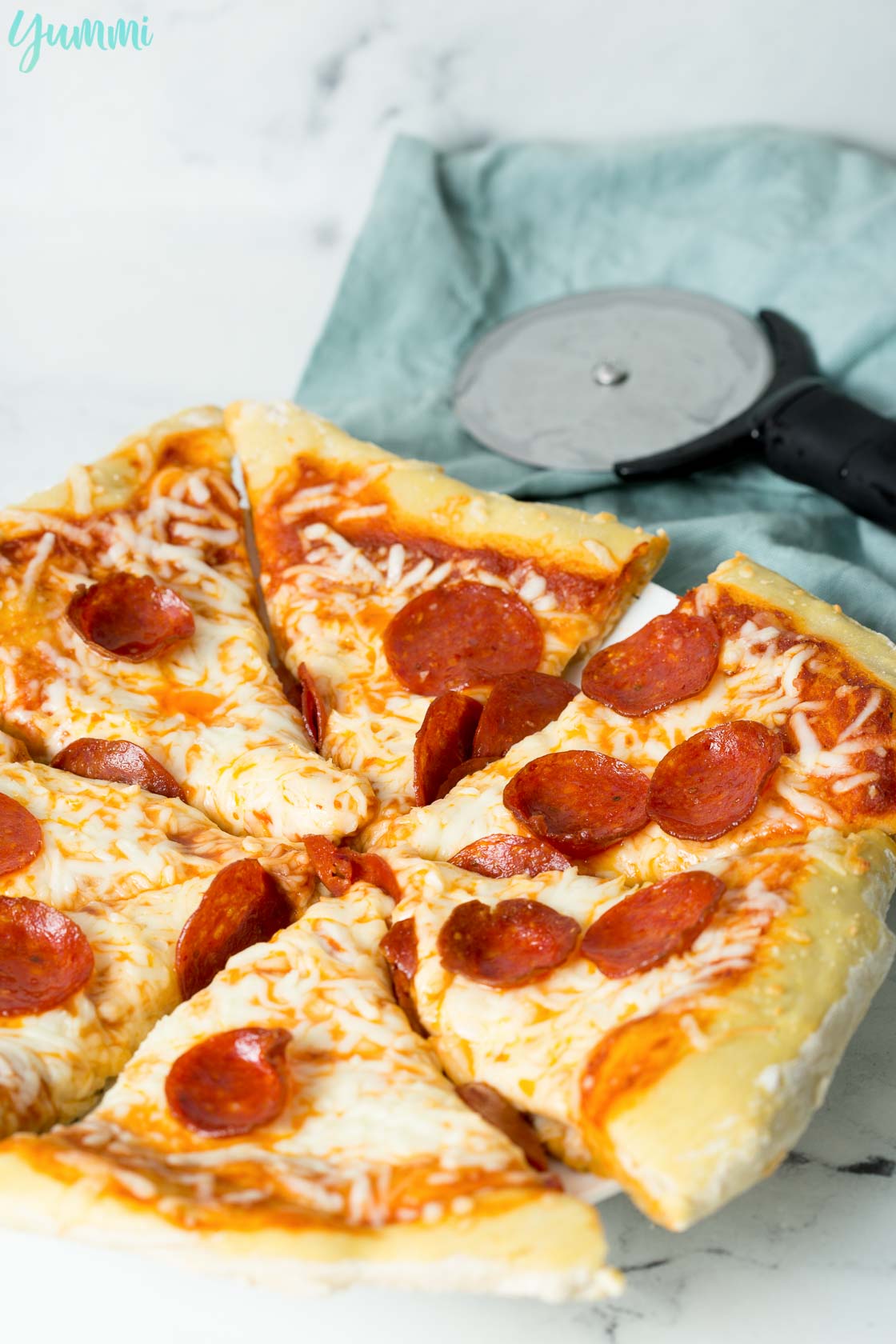 Homemade Pizza Dough without yeast is entirely possible and we’ll show you how. It is incredibly easy to make and is super versatile. Pizza is for dinner tonight! A little about us. We truthfully like to avoid yeast based breads when we can. While yeast breads definitely have their time and place like with our whole… 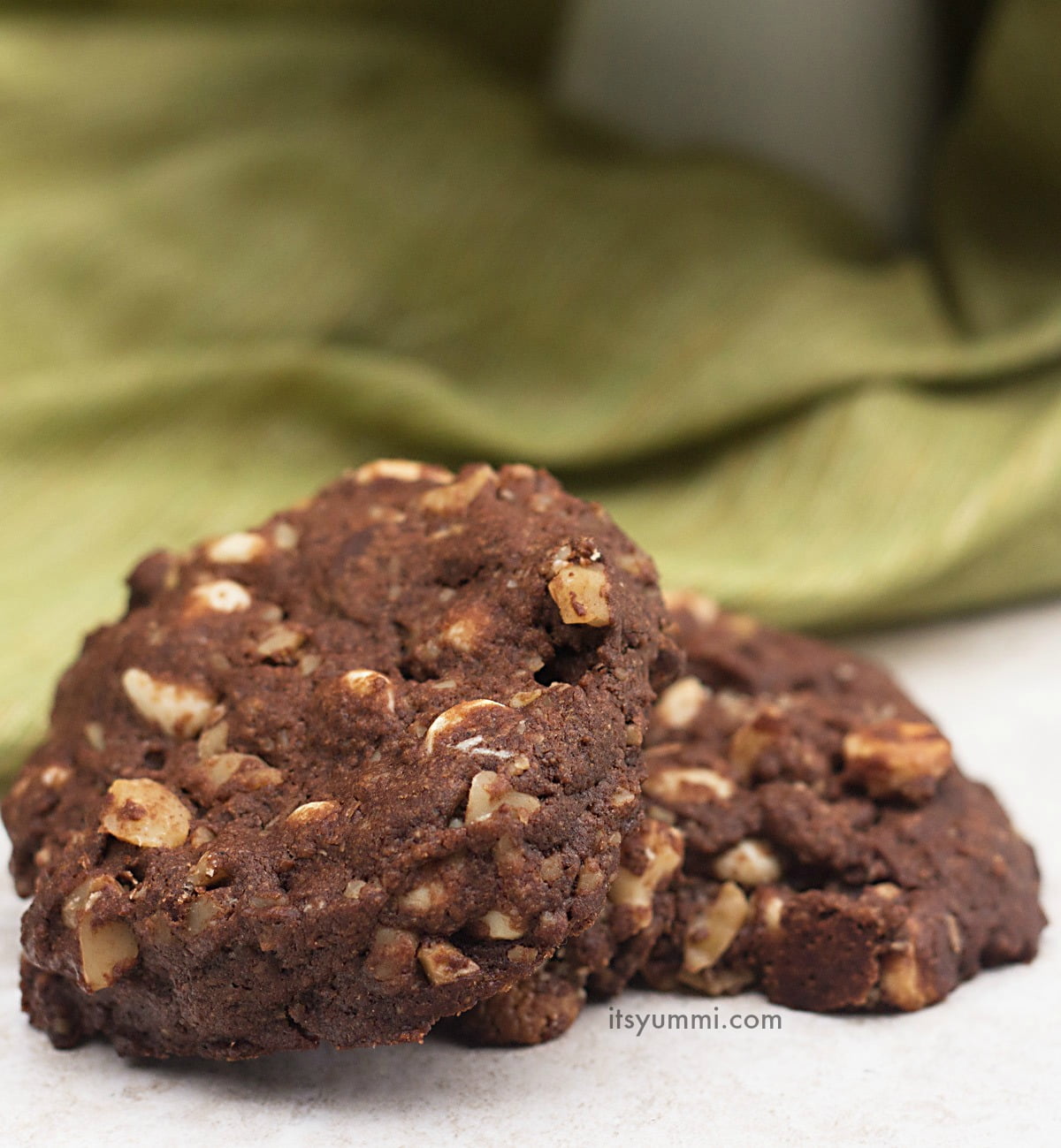 Chocolate Mint Cheesecake Brownies are the bomb dot com! If you love those famous Thin Mints cookies, and you love cheesecake just as much, you’re going to love this dessert recipe! It’s everything a great brownie should be. Chocolate and fudgy, but swirled with a layer of delicious minty cream cheese. If there’s one thing I look forward… 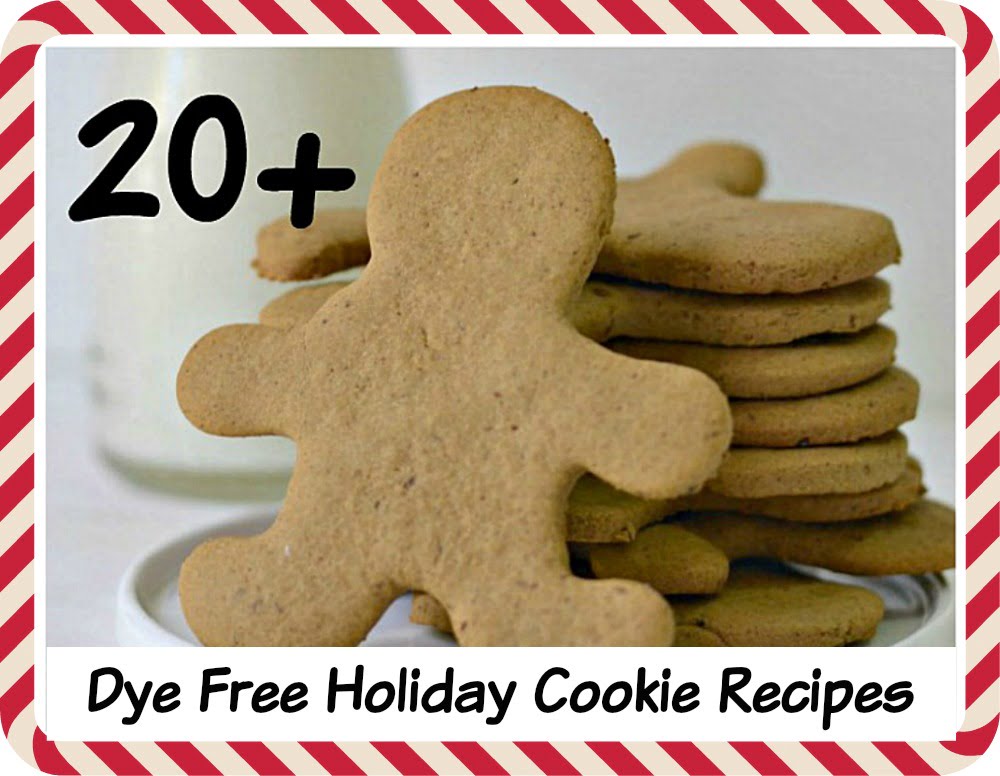 Dye free holiday cookies are perfect for those concerned about or living with food allergies. There are also health concerns with the use of food dyes, so here are some dye free holiday cookie recipes  for you to bake up for the holidays! When I was a kid, I remember my sister developing an allergy to… 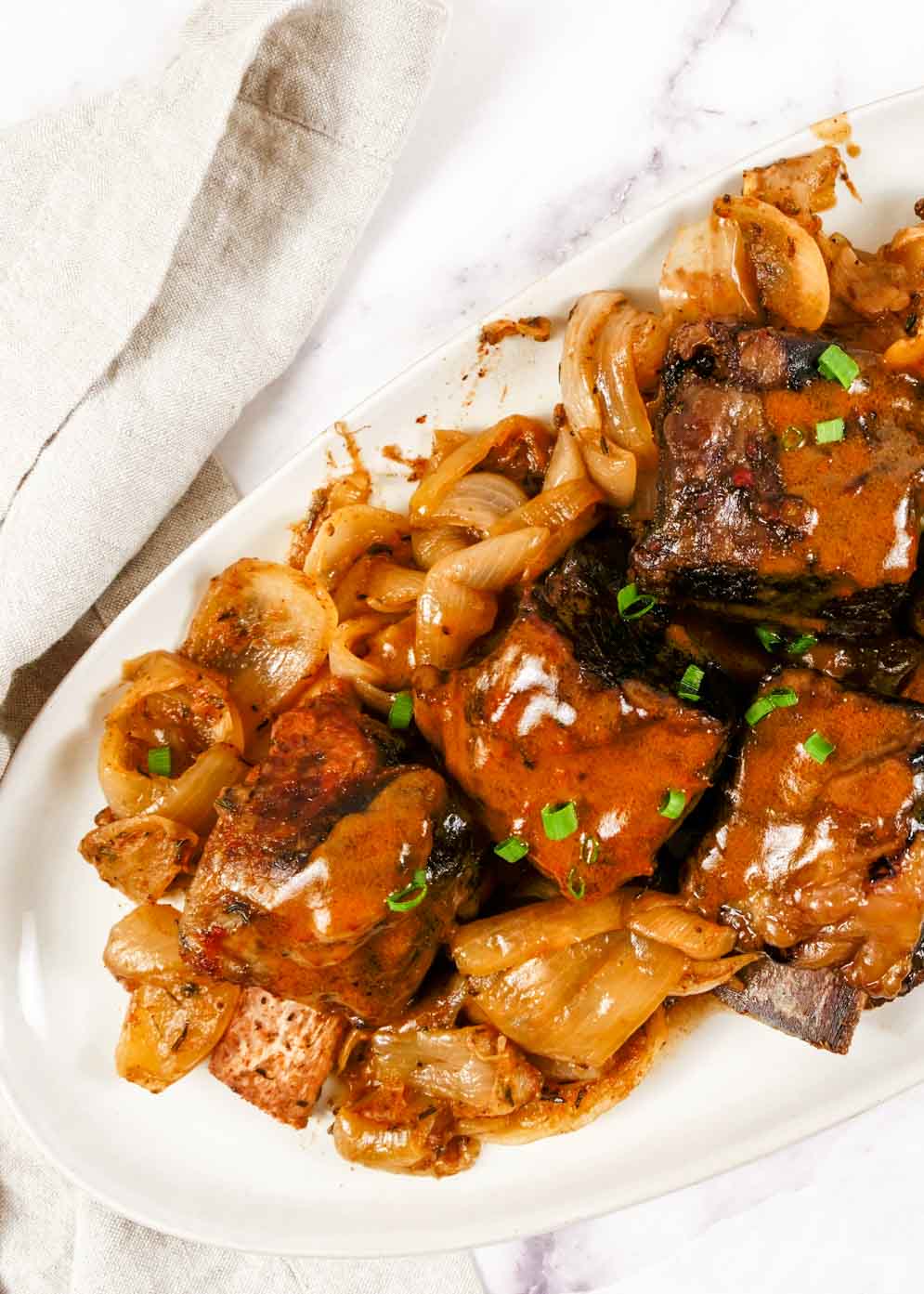 Beer braised Slow Cooker short ribs are delicious in and of themselves, but when you realize that a slow cooker can do the cooking for you, this crock pot ribs recipe will become one of your absolute favorites as you witness them just falling off the bone like butter. This crockpot short ribs recipe is…